Dr. Tseng is a general surgeon with special training in Minimally Invasive Surgery. He grew up in Eugene and left Oregon to attend Northwestern University with a degree in Biomedical Engineering. He then matriculated to the University of Illinois – Chicago for medical school and then returned to Oregon for residency at OHSU. After residency, he continued training and completed a two-year fellowship in Minimally Invasive Surgery in 2006. He has been practicing at Providence St. Vincent’s and Legacy Good Samaritan Hospitals since 2006.

He was one of the first general surgeons in Oregon to be trained in robotic surgery in 2007. He is a specialist in Solid organ and Gastrointestinal Surgery – Esophagus, Stomach, Colon, Small bowel, Pancreas, Spleen, and Adrenal. General Surgery (laparoscopic) – Hernia repairs, Peritoneal dialysis, Gallbladder, and many others. He is a member of the Society for American Gastrointestinal Endoscopic Surgeons, Society for the Surgery of the Alimentary Tract, and the American Foregut Society. He enjoys skiing, spending time with family, cooking, tennis & golf.

NWMIS makes it easy to get to us no matter where you are in the Portland or Vancouver metropolitan areas. We have three convenient locations where we practice. We love seeing patients, so please feel free to visit during regular business hours. 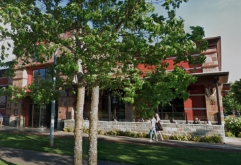 Give us a call today and we’ll let doctors Daniel Tseng, Jeffrey Watkins, Sabrina Drexel, or Paul Kaminsky know we have a patient ready for their gentle and expert service.
Contact Us
(503) 914-0024